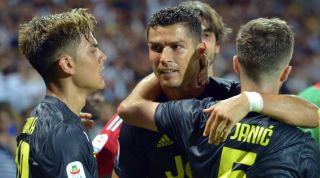 This midweek brought a pair of surprise results in La Liga, as Barcelona and Real Madrid suffered defeats to Leganes and Sevilla respectively. This robbed the Spanish top division of its last two unbeaten records this season.

However, these clubs from across Europe’s top flight still have a slim chance of matching Arsenal in 2003/04, Milan in 1991/92 or Celtic in 2016/17 (among others) by going undefeated throughout a league campaign.

Now, five minutes are on the clock and each side’s won/drawn record and domestic league is below. Let us know how you get on @FourFourTwo. We’ll retweet the best scores, if you don’t give answers away – and please challenge some pals while you’re at it.