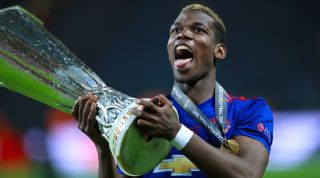 These are the three – now two – big European competitions that take place during a season. With all due respect to the Intertoto Cup, Super Cup and whatever on earth the Inter-Cities Fairs Cup was, they do not count as a full-scale European honour.

Each of these 19 British clubs strived to reach the pinnacles of these competitions, from the Cup Winners’ Cup finalists of 1963 to the Europa League finalists of 2017. It’s 55 final spots in total, but of course some of the more successful sides have appeared in more than one, including the all-time leader on 12.

Five minutes are on the clock to try to get all 19 clubs. Let us know how close you get @FourFourTwo – we’ll retweet the best efforts, if you don’t give answers away – and please challenge some friends while you’re at.