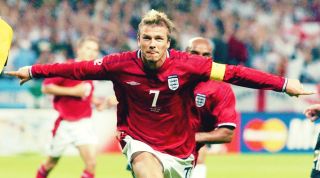 Ten minutes on the clock, 115 nations to guess.

NOW TRY Quiz! Can you name this season's stat-leaders for each Premier League club?

David Beckham lived so many lives in an England shirt. An icon of the nation, he went from hero to zero to hero again - and so many of us loved him for it.

Having represented his nation 115 times, he was cruelly robbed of playing in the 2010 World Cup through injury, and he retired in 2013. He was a legend for Manchester United, Real Madrid and LA Galaxy, later representing AC Milan and Paris Saint-Germain in loan moves.

Today we're asking the big question about his international career - just how many sides can you name that Becks faced?