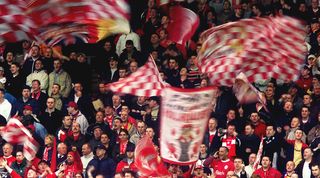 Ten minutes on the clock, 60 answers to guess - there's a mixture of players, managers and clubs that you'll need to guess.

Liverpool are a club like no other. Six Champions League trophies, 18 times the English title winners and a lineage of legendary managers and players throughout their history. Quite simply, there are few bigger.

But how well do you know the Reds?

We're having a watchalong later for Liverpool's 2001 UEFA Cup triumph over Alaves, one of the greatest European games of the 21st Century. So while you're waiting for the big match at 3pm, we thought we'd test your Reds knowledge.

If you're taking part in lots of Zoom quizzes over lockdown, there's a chance that some of these might come up...

NIKE Write The Future: How one of football's most iconic adverts ever was made