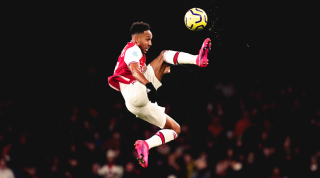 If you're young enough to have TikTok on your phone and know who Roddy Rich is, the Premier League goalscorers list can look a little... old.

So let's just clear some things up. Yes - despite Alan Shearer being a Geordie, he won the league with Blackburn Rovers before moving to Newcastle United. No - Andy Cole is not the older brother of Ashley, Joe or even Carlton. And yes - Eric Cantona was every bit as bonkers as your dad says.

So we thought we'd challenge our younger audience to a Premier League goalscorers quiz of their era. Specifically, players still active in the Prem.

Finally, yes - you're more than welcome to take this one on if you're old enough to remember the glory days of Dennis Bergkamp and Teddy Sheringham. They just don't feature on this list...