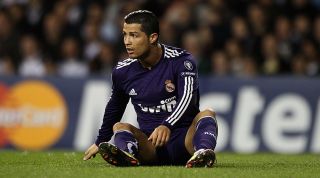 Yes, it’s been a while – just shy of eight years, in fact, since Tottenham were last able to host a Champions League game on home soil.

The latter years of White Hart Lane were instead spent welcoming the likes of Shamrock Rovers, Asteras Tripoli and Qarabag, only for Spurs to spend their final season there playing Champions League matches at the slightly-less-beloved Wembley.

But never mind: they’re finally in their shiny new gaff and ready for their biggest European matches in eight years – the last time they reached the quarter-finals of this competition, against Real Madrid.

Spurs only lost their first leg 1-0 at the Lane, but succumbed to a humbling 4-0 reverse at the Bernabeu after Peter Crouch was sent off after 15 minutes with his side already 1-0 down.

But enough of that: today we’re only after the 28 players who played in the first game – so including substitutes – and giving you eight minutes to do so. When you’re done, send us a screenshot on Twitter @FourFourTwo and we’ll retweet to the masses.