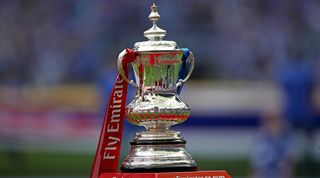 Five minutes on the clock, 20 managers to guess.

It's one of the proudest moments of any manager's career - leading their side out onto the famous Wembley pitch, donned in a sharp suit, optional flower in the lapel.

Over the years, some of history's greatest bosses have managed in the game's oldest cup competition - we just want you to name the last 20.

Of course, some managers have won the competition more than once in the last 20 years, so you may have to guess a little longer ago than just 1999.

You've got five minutes on this one - and we're going to bet you now that over a minute of that time will be spent thinking about Alan Pardew dancing on the Wembley touchline when Crystal Palace equalised in 2016. No - Pards is not on the list. They lost.