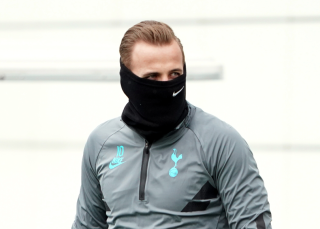 This is just the prologue. This is when clubs posture and politick, when they pay lip service to the human cost of COVID-19, dressing up their self-interest as concern for the public and the players.

It’s the point at which concepts such as sporting integrity are introduced into the Premier League lexicon and when everyone tries not to laugh. Really, we’re worried about competitive balance now? Almost thirty years into this experiment, long after its wealth disparities have mutated and with a second sovereign wealth fund poised to throw its hat into the ring.

Yes, won’t somebody please think of the sporting integrity?

The headline consequences of the pandemic are self-evident. There will be less money, fewer supporters and more financial pressure. Perhaps jolted by the realisation that the sport is not immune to global emergencies, perhaps sponsors will add to that stress, pausing before agreeing to 10 or 15-year deals, and leaving a few noughts off their tenders.

It seems almost certain that television companies will do the same. As and when the next round of negotiations begin, the Premier League can expect a mighty ruck with its stakeholders – at home and abroad – who will presumably want future contracts loaded with penalty clauses and protection.

Follow those concerns and the range of micro effects they suggest are potentially endless.

One of the more interesting scenarios is what will happen to those clubs who actually suffer as a result of the restart. We’re yet to agree upon a concrete plan in the UK, but when a consensus is finally reached, it will advantage some teams over others.

The neutral venues issue is, for instance, almost certain to become more divisive. As and when a vote is held, only 14 of the 20 clubs will need to approve. Meaning, of course, that those threatened by relegation will be playing under conditions to which they’ve registered an objection.

Then what? What happens if, for instance, one of those clubs is then relegated? And what if they’re determined enough in their grievance not to take the pitch in the division below? If they respond in such a militant way that they effectively go on strike at the beginning of the following season, because – they feel – by doing otherwise would be to offer tactic acceptance.

It seems fanciful, but it’s all too easy to imagine. The legal challenge in the first instance, but then the refusal to acknowledge the outcome of this season, and then the logistical chaos that would follow.

Maybe the end result might even be some kind of legal precedent, which – in future – would mean that being functionally relegated from the Premier League is just the beginning of the fight, and that all future Great Escapes would have to tunnel through Switzerland and the Court of Arbitration for Sport.

And what of the players? If financial forecasts are to be trusted, then the game’s generosity is heading for a sharp retraction. Among the many implications in that area, it seems that average players will no longer receive quite such extraordinary wages.

It remains a relative situation. Football players will still be decadently rewarded. The difference, perhaps, might be that the £80,000-per-week-and-above territory is reserved for the truly special, rather than the middle-of-the-road players who inhabit it now.

But when that situation bites, when those players come to renegotiate their contracts, what will be the effect? If a footballer suddenly finds his abilities valued in a different way, he’ll respond with more than just acceptance and a smile.

Will that create a new migration trend to other leagues and countries? Or with an increased willingness to drop further down the table in pursuit of a more favourable contextual position on the payscale?

One of the phenomena which has characterised Premier League life for its duration, has been the bigger clubs’ ability to horde superfluous talent. In the past, sitting on the bench at Chelsea, Manchester United, or Manchester City has, to a certain type of professional, been more attractive than actually playing for Everton, Newcastle or West Ham.

Will that still be true? Probably, to an extent, but the repercussions of the pandemic appear certain to enforce greater responsibility on the sport and that type of player – the good, rather than the great – is likely to feel the pinch. With shorter contracts; lower basic wages; greater incentivisation. Once the day-to-day panic has subsidised and a new normal has revealed itself, clubs will have had their eyes opened to new, previously implausible vulnerabilities.

When that point arrives, as in so many other areas, football can expect a market-wide reaction.