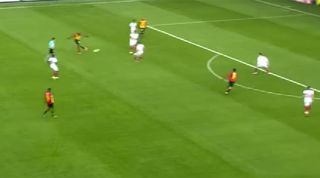 The 32-year-old striker showed off his quality in front of goal in Sunday's Super Lig match at the Doganlar Stadium.

In the 35th minute, Ba picked up Sabri Sarioglu's pass before unleashing a thunderbolt into the top corner which ultimately ended Goztepe's nine-game winless run.

Ba arrived on a free transfer from Shanghai Shenhua in the January window and has got off to a strong start at his new club – this was his second goal in the 314 minutes he's played for the Izmir-based side so far.

The overdue victory lifts Goztepe to seventh in the Super Lig table, some eight points adrift of Europa League qualification.