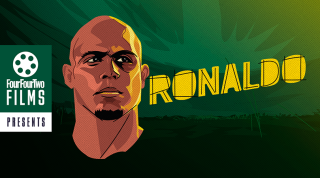 The stage was set in Paris: tournament hosts France up against Mario Zagallo's brilliant Brazil in the 1998 World Cup Final, the Seleção with their mercurial 21-year-old striker in tow.

Ronaldo went into France 98 off the back of a stunning 34-goal debut season with Inter Milan, and had netted four times up to the final – including the opening goal of Brazil's semi-final draw with Holland which went to penalties. He'd taken (and scored) the first spot-kick of the shootout, setting his nation on their way to victory.

But there was to be no glorious crowning five days later in Saint-Denis. Debate has raged about what really went on in the lead-up to that summer's showpiece showdown – and how it subsequently affected Brazil – but in the latest FourFourTwo Film, Ronaldo's Redemption, the former striker explains to FFT exactly how things went down.

"I decided to get some rest after lunch and the last thing I remember was going to bed," he recalls. "After that, I had a convulsion. I was surrounded by players and the late Dr Lidio Toledo was there. They didn't want to tell me what was going on.

"I asked if they could leave and go talk somewhere else because I wanted to sleep. Then Leonardo asked me to go for a walk in the garden in the hotel where we were staying and explained the whole situation. I was told that I wouldn't play in the World Cup final.

"But all the essential medical exams didn't show anything was abnormal – it was like nothing had happened. After that we went to the stadium with a message from Zagallo saying that I wouldn't play. I had test results in my hand - with Dr Toledo giving the green light. I approached [Mario] Zagallo at the stadium and said: ‘I’m fine. I'm not feeling anything. Here are the test results, they’re fine. I want to play.’

"I didn't give him an alternative. He had no choice and accepted my decision. Then I played and maybe I affected the whole team because that convulsion was certainly something very scary. It's not something you see every day.

"In any case, I had a duty to my country and I didn't want to miss it. I had my honour and felt that I could play. Obviously it wasn't one of the best matches in my career, but I was there to fulfil my role."

Edmundo, who was on the teamsheet before Ronaldo's return to the line-up, claimed to have witnessed his fellow striker's "fit" after a cry for help from Roberto Carlos. After this, he claims, Ronaldo took a nap before being whisked off to hospital for tests.

Benched, 'The Animal' later suggested that Nike influenced Ronaldo's return to the team. "Nike's people were there 24 hours a day, as if they were member of the technical staff. It's a huge power. That's all I can say."

Some players claim that team doctor Lidio Toledo started weeping when he arrived at Ronaldo's room. Toledo denies this, claiming Ronaldo was conscious when he reached him, but breathing heavily and with saliva around this mouth.

The player was then sent to hospital for neurological tests, which everyone thought would rule him out of playing. The tests came back normal and Toledo, another medic, coach Mario Zagallo and a determined Ronaldo decided the between them that he was fit enough to play.

One of Brazil's main newspapers claimed that Ronaldo had a nervous breakdown during the cup. Folha de S Paulo wrote that Ronaldo was displaying signs of depression a week before the final, smashing a bike against a wall. On the eve of the game, Ronnie had a "nervous crisis". Toledo entered the room and left crying, but Ronaldo wasn't medicated because of the risk of doping.

They claim that technical co-ordinator Zico opposed fielding Ronaldo, and that the silent departure of the team from the hotel (as opposed to the usual samba party), and absence of a warm-up, indicated a player feud. One group, allegedly led by Dunga, backed Ronaldo's presence, while another, said to be led by Leonardo, opposed it.

Now for the really barmy theories: an e-mail allegedly written by a source at TV Globo states that Brazil "sold" the World Cup to FIFA for a cash fee of $23 million.

The idea was to let France win to please new FIFA president Sepp Blatter, and help the French people forget their social problems. FIFA then promised Brazil that the Seleção would have its path "softened" to win the 2002 World Cup, and that Brazil would host a World Cup in the next decade. Hang on a minute...

A few years after the fiasco, motor-mouthed pundit Jorge Kajuru put forward another theory: Ronaldo had freaked out after having an allergic reaction to an injection to his knee from doctor Toledo. People who believed Kajuru at the time wouldn't admit it: after all, the crackpot pundit regularly rants on TV about people "taking it up the arse". Crikey.

BIG INTERVIEW Ronaldinho – "I knew Messi was a better player than me... I always tried to be a good influence on him"

QUIZ Can you name the starting line-ups from Brazil 1-7 Germany at the 2014 World Cup?

According to rock-solid sources (street corner whispers, pub hearsay, etc) Ronaldo's breakdown was prompted by an affair between his then-girlfriend at the time, Susana Werner – now the wife of Seleção keeper Julio Cesar – and a Brazilian TV journalist. Right.

In 2000, a Parliamentary Inquiry Commission was set up to investigate the contract between the Brazilian FA and Nike. One of the initial areas of investigation was the influence of the sporting giant on Ronaldo's final appearance. But the whole matter was fudged.

One politician blandly asked Ronaldo who was responsible for marking Zidane. "Will it really help?" replied the striker. The commission closed without finding any answers.