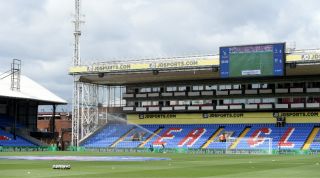 To combat a parasite problem on the pitch at Palace, Eagles experts have decided to cover their hallowed turf in pungent, liquid garlic to solve the problem.

"Think of your garlic at home and times that by 100," head groundsman Bruce Elliott told Crystal Palace's official website.

"We have a problem with nematodes, which are a microscopic, parasitic worm-like creatures that live within the root zone.

"When it gets in there it can distort the roots system and creates a weak plant that is susceptible to disease and wear and tear."

So basically, it'll do the job – but it stinks.

Fortunately for Palace fans, there's over a month until the Premier League season starts, so hopefully any linger will have disappeared by then.

Crystal Palace open the new campaign at home against Huddersfield on August 12.