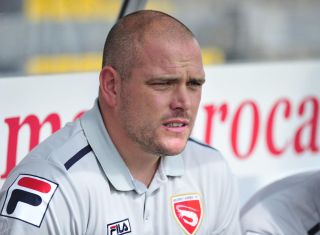 AFC Fylde players have been warned to “keep their armpits tucked in” after it was confirmed the Lancashire side will be the first non-league club to experience VAR.

The Vanarama National League outfit head to Bramall Lane to face Sheffield United in the FA Cup third round on Sunday and, as the Blades are a Premier League club, video assistant referee technology will be used at the ground.

United have endured their fair share of controversial VAR calls this season and a consistent criticism levelled at the system concerns its offside decisions, made on the basis of a player having any goal-scoring part of their body, often a shoulder or armpit, over the line.

Fylde, managed by former Morecambe boss Jim Bentley, revealed they would be scrutinised by VAR by tweeting: “Some big FA Cup news… it’s been confirmed that VAR will be in use at Sheffield United on Sunday – making AFC Fylde the first non-league team to ever use the system.

Bentley told afcfylde.co.uk: “I think VAR is a big grey area at the moment, whether it’s positive or negative.

“My own view on it is that it’s not working as well as it could do but if it works for us I’ll be happy.”