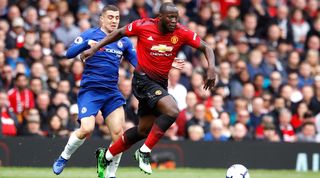 The former Chelsea boss appears set to replace Luciano Spalletti in the San Siro dugout following their final game against Empoli on Sunday.

According to the Times, Conte will instruct the Italian club to make a bid for Lukaku once he is confirmed as their new head coach, after failing in his efforts to bring the Belgian to Stamford Bridge from Everton in 2017.

The 26-year-old has endured a difficult campaign at Old Trafford and doesn’t believe he is in manager Ole Gunnar Solskjaer’s plans, while he has previously spoken publicly of his desire to play in Serie A.

Conte has identified Lukaku as his top target to lead the Nerazzurri line next season, with top scorer Mauro Icardi’s future in doubt.

However, it could take an offer of around £75 million to convince the Red Devils to sell – the same amount that they paid Everton two years ago for the striker.