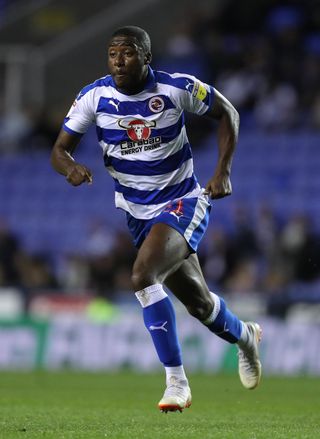 Barnsley’s fight against relegation from the Championship suffered a setback when they were beaten 2-0 at Reading.

The Royals went ahead in the 18th minute when top scorer Yakou Meite touched home from close range.

Barnsley wasted several chances to level in the first half, most notably through leading marksman Cauley Woodrow.

George Puscas increased the home side’s advantage on the hour when he guided in his 10th goal of the campaign, and the visitors were unable to find a way back.

Barnsley had travelled to Berkshire in a rich vein of form after three successive wins – over Fulham, Middlesbrough and Hull – without conceding.

Reading, on the other hand, had been struggling with only one success in 10 league outings having dragged them back towards the relegation zone.

Barnsley began cautiously and had to survive an early scare when team-mates Jordan Williams and Aapo Halme accidentally clashed heads.

Both needed treatment but were able to continue.

Reading, without captain Liam Moore due to illness, created the first opening when Ovie Ejaria wriggled his way to the edge of the area.

His 20-yard shot was both precise and powerful but Barnsley goalkeeper Brad Collins pulled off a confident save.

The visitors gradually asserted themselves going forward only for Alex Mowatt to play a poor pass when Conor Chaplin had a clear run at goal.

Reading made the most of the let-off and went ahead soon after.

John Swift floated a free kick into the Barnsley box and, after Puscas had touched it on, Meite jabbed in his 11th goal of the campaign.

Chaplin also had a chance to equalise but his cross-shot from a tight angle lacked the direction to trouble Rafael.

Woodrow should have done better approaching the interval when firing wide after seizing on a Michael Morrison error.

Rafael then made a stunning save on the stroke of half-time to tip over Woodrow’s fierce effort.

Barnsley quickly regained control, with Woodrow denied only by a last-ditch tackle from Matt Miazga.

But Barnsley were leaving gaps at the back, which Puscas exploited to the full on the hour mark.

Jordan Obita released the Romanian, who ran through to beat Collins with a curling right-footed effort.

Although Barnsley pushed hard to reduce the gap towards the end, their attempts eventually petered out.