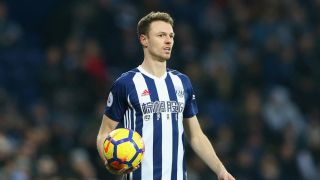 Gareth Barry and Jonny Evans - two of the four players involved in an incident during West Brom's recent warm-weather training camp - have been selected to start against Southampton in the FA Cup.

The duo, along with team-mates Jake Livermore and Boaz Myhill, admitted to a "curfew breach" while the club were away in Spain.

According to a report in The Sun newspaper, they allegedly drove off in a taxi from a McDonald's drive-through without the driver and abandoned the car outside their hotel.

The quartet released a statement via the club on Friday confirming their involvement while also apologising for their actions.

The Premier League club, who sit bottom of the table, have launched an inquiry, with the players "subject to the full rigours of our internal disciplinary procedures".

However, Evans - heavily linked with a move away from The Hawthorns in the January transfer window - and Barry are selected by manager Alan Pardew for Saturday's fifth-round tie, although the Northern Irishman has had to hand the captain's armband to compatriot Gareth McAuley.

Goalkeeper Myhill, meanwhile, is on the bench, with midfielder Livermore missing out through injury.