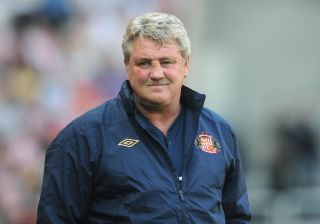 Steve Bruce completed an unlikely treble when he accepted Newcastle’s offer of employment.

The 58-year-old has now managed three sets of derby rivals – Sheffield United and Sheffield Wednesday, Birmingham and Aston Villa and Sunderland and the Magpies.

Here, PA takes a look at how he has fared.

As his playing career drew to a close, Bruce was appointed player-manager at Sheffield United in July 1998 and won 22 of the 55 matches for which he was in charge. He did not manage the club against City rivals Wednesday, by whom he was recruited in February this year. He presided over one Steel City derby as Owls boss, a 0-0 Sky Bet Championship draw at Hillsborough on March 4.

The former Manchester United defender took charge at Birmingham in December 2001 and was at the helm for almost six years, taking the club up into the Premier League, but ultimately back down into the Championship. He won four and drew two of his first six derbies, but lost the last three and a 2-1 home defeat by Villa on November 11, 2007 proved to be his last game as City boss. He took over at Villa Park in October 2016, but was sacked two years later after a run of nine league games which brought just one victory and left the club well off the Championship promotion pace. He did, however, boast a derby record of two wins and two draws.

The Black Cats called on Bruce in June 2009 and he did not disappoint. He guided the club to a 13th-placed Premier League finish at the end of his first campaign and 10th 12 months later, the club’s best return since the Peter Reid era. His only visit to St James’ Park famously ended in a 5-1 victory for Newcastle in which Kevin Nolan plundered a hat-trick, while the Magpies followed up a 1-1 draw at the Stadium of Light later that season with a 1-0 win courtesy of Ryan Taylor’s free-kick on their next visit.