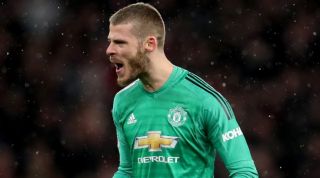 The Spain international is entering the final year of his contract at Old Trafford and, as things stand, the Premier League club risk losing him on a free transfer next summer.

According to the Sun, United will accept a bid of £60-70 million from PSG but will need to pay off the goalkeeper to convince him to leave the club during the upcoming window.

The report claims that a figure of £20 million is being talked about by those involved in the deal.

The 28-year-old’s earnings could increase significantly if his next club weren’t made to pay a transfer fee and he is said to be happy to dig in his heels over the summer unless the Red Devils pay him to leave.

There is confidence that a compromise will be found, but Tottenham No.1 Hugo Lloris is believed to be the leading alternative if a deal for De Gea isn’t found.

Lloris, who captained France to World Cup glory last summer, has no plans to leave Spurs and the north London club would set a high asking price.