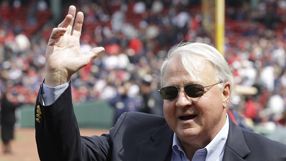 The Boston businessman, who becomes Roma's 22nd president, takes over from the Sensi family whose 18-year reign came to an end earlier this year with the club heavily in debt.

DiBenedetto, whose four-man group comprises investors James Pallotta, Michael Ruane and Richard D'Amore, struck a deal with UniCredit bank in April to take a 67 percent share of the club, with the Americans controlling 60 percent of the new consortium.

Last year UniCredit, who retain the remaining 40 percent, had taken on the Sensi family's majority share in Roma in return for cancelling their debt.

The Giallorossi, who finished sixth in Serie A last season, recorded their first victory under American ownership on Sunday, a 1-0 win at Parma.