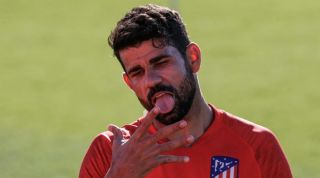 The 30-year-old left England in 2018 after winning the league title under Antonio Conte at Stamford Bridge, but his future at the Wanda Metropolitana is in doubt.

Costa will be allowed to leave Madrid after Alvaro Morata was handed a permanent deal and Joao Felix was signed in a big-money move from Benfica.

The Sun reports that the Spain international is prepared to speak with Goodison Park officials about the prospect of a return to the Premier League.

Marco Silva is on the hunt for a new striker to lead the line for his side next season, but the Toffees would have to go against their policy of targeting players in their mid-20s.

Costa scored just three goals in 20 matches for Atleti in 2018/19, and the Spanish side would have to make a big loss on the £57 million fee they paid Chelsea for his services two years ago.

The 30-year-old was banned for eight matches last season after insulting a referee and still has one game left to serve.