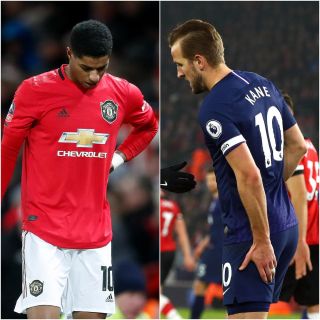 Long-term injuries to Harry Kane and Marcus Rashford have left England with a striking problem ahead of Euro 2020.

National captain Kane is not expected back in training before April after hamstring surgery, with a leading surgeon telling the PA news agency he would expect the striker to miss the showpiece tournament.

Rashford has a stress fracture of the back and though he vowed “Blink and I’ll be back, fitter than ever”, that ‘blink’ is set to take at least six weeks with the potential for a longer period of rehabilitation.

With that in mind, PA takes a look at England’s other options up front.

A run of seven goals in three games early in the Premier League season – two each against Norwich and Sheffield United and a hat-trick against Wolves – propelled Abraham into the spotlight for Chelsea and England. He has 13 league goals this season plus two in the Champions League, and a maiden international strike in the 7-0 win over Montenegro.

A run of 10 goals in 11 Premier League games helped the Southampton man to what is already a career-best 14 for the season, with a League Cup double against local rivals Portsmouth for good measure. That form puts him in the picture to add to his half-hour of international experience as a substitute against Lithuania in 2015.

Yet to make his senior international debut but an Under-20 World Cup winner in 2017, the homegrown target man has been key to Everton’s recent resurgence. He has nine league goals this season and fired the Toffees past Sheffield Wednesday in the Carabao Cup.

The Bournemouth striker has been a fixture in England squads under Gareth Southgate, and scored a debut goal against the United States, but his recent form will be a concern – his five league goals this season came in a four-game stretch from August 31 to September 28.

Southgate could opt to modify his tactical approach, using regular wingers Raheem Sterling, Jadon Sancho and Callum Hudson-Odoi together in a front three. Sterling, maybe the likeliest man to take the central ‘false nine’ position, has 11 Premier League goals for Manchester City this season and 20 in all competitions, while Borussia Dortmund’s Sancho has 10 in the Bundesliga.

Having called time on his England career after the 2018 World Cup, barring exceptional circumstances, Vardy has fired Leicester into the Champions League places this season and is the Premier League’s top scorer. A recall appears a long shot but the potential absence of Kane and Rashford would surely be the likeliest catalyst for a change of heart.