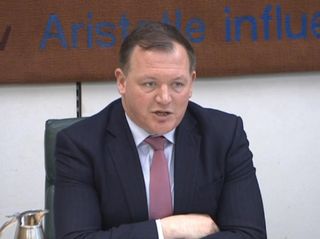 Politicians have urged the Football Association to reconsider its streaming partnership with bet365, saying it creates “an active incentive to gamble”.

The bookmaker streamed 23 FA Cup third-round matches last weekend as part of a six-year deal the FA signed with sports media company IMG in January 2017 which started in the 2018-19 season. The matches were only available to watch if the customer had placed a bet or put £5 in an account in the 24 hours before kick-off.

All third-round matches last weekend were delayed by one minute to publicise the FA’s ‘Heads Up’ mental health campaign, backed by FA president Prince William, which appears to jar with the bet365 tie-up given the link between problem gambling and mental health issues.

This is worse than grubby. The FA deal with Bet365 creates an active incentice for people to gamble by linking free coverage of FA Cup games to opening an online betting account. It’s inappropriate and both sides should reconsider the agreement. pic.twitter.com/bbsn4IqwAp— Damian Collins (@DamianCollins) January 8, 2020

Conservative MP Damian Collins, who served as chair of the Digital, Culture, Media and Sport select committee prior to the General Election in December, tweeted: “This is worse than grubby.

“The FA deal with bet365 creates an active incentive for people to gamble by linking free coverage of FA Cup games to opening an online betting account. It’s inappropriate and both sides should reconsider the agreement.”

Nicky Morgan, the secretary of state for DCMS, also tweeted: “This is a contractual matter for the FA & Bet365 but things have moved on since the contract was signed & I hope they will re-consider.”

The FA has said that it will review how it sells this element of its media rights in the next cycle starting in 2024-25, but is understood to have little room for manoeuvre in terms of exiting the deal with IMG and bet365 early.

It ended a partnership with Ladbrokes in June 2017 which it had struck directly with the bookmaker, and this was a decision taken after the IMG deal had been agreed.

This is all kinds of wrong. Sort it @FAhttps://t.co/gMyjEYS9eX— Gary Lineker (@GaryLineker) January 8, 2020

Gary Lineker, one of the main presenters of the BBC’s FA Cup coverage, tweeted: “This is all kinds of wrong. Sort it @FA.”

Malcolm Clarke, the chairman of the Football Supporters’ Association, said: “This deal highlights the major concerns fans have about the growth of gambling in football – governing bodies need to take these concerns seriously.

“Through our partnership with GambleAware, we are taking real steps to promote safer gambling in football and we call on the FA to get around the table on the issue. There is much more to be done to protect fans from the risks of gambling.”

Duncan Selbie, the chief executive of Public Health England whose ‘Every Mind Matters’ campaign was also publicised during the recent round of FA Cup matches, said: “PHE is currently reviewing the evidence about the health harms of gambling, which we believe are wide-ranging.

“Our report will provide sports governing bodies a fresh opportunity to review their relationships with gambling.”

That relationship between gambling and sport is an intimate one. The Premier League does not have a central gambling partner but clubs are free to do their own deals with betting firms. However, they are not permitted to use the company logo on youth replica kits or shirts worn by their youth teams.

The EFL’s title sponsor is Sky Bet and it does have streaming arrangements in place both domestically and internationally, but stresses that all matches available on a betting site stream can be watched elsewhere – either on television or via a club website.

The EFL said: “Football has a long-standing relationship with the gambling industry in a partnership that has been mutually beneficial to both parties for many years and the EFL is of the view that the two parties are able to work together in a responsible manner.”

Premiership Rugby has a similar streaming deal to the FA with Bet UK. Customers on the betting site can watch Premiership matches which are not being shown anywhere else in addition to matches which are being televised, but they do not need to have money in their account to do so and it is in low resolution on a small screen.

The Royal Communications office at Buckingham Palace said the Duke of Cambridge had no comment to make on the matter.