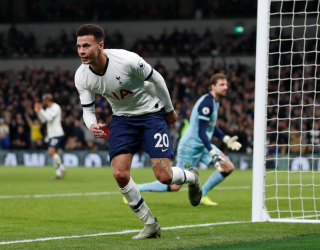 Liverpool’s Trent Alexander-Arnold and Tottenham’s Dele Alli are returning to action this weekend, ahead of the Premier League’s restart on June 17.

The two are among a roster of stars taking part in a global FIFA 20 event to help raise money for the fight against COVID-19.

FIFA 21 NEWS Will it be delayed because of coronavirus? Everything we know so far and what changes we expect for the next game

Millions of pounds have already been raised as part of the series, which has been running since April 24, and will come to an end this Sunday, June 7. Gamers Without Borders has been an unprecedented global esports event – including amateur, elite and celebrity competitions – with $8.5 million already raised for charities battling the effects of coronavirus.

And this weekend’s FIFA event – running between Friday and Sunday – is not the only one to have seen footballers take part. Spurs midfielder Dele and his team-mate Kyle Walker-Peters also took part in a Fortnite tournament in May.

“Lots of my teammates and footballing friends are massively into their gaming,” Dele explained. “Playing the likes of FIFA over the last few months has kept us connected and competitive for when we get back out there for real. Gamers Without Borders is a brilliant way for the gamers all over the world to come together for good causes and support these charities fighting COVID-19.

“I’m looking forward to seeing what Paulo has in the locker for our match!”