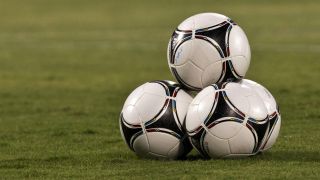 Four fans lost their lives in a stampede ahead of the Honduran Clausura final between Motagua and Progreso in Tegucigalpa on Sunday.

The Estadio Tiburcio Carias Andino was sold out for the encounter, but Motagua believe capacity may have been breached due fans gaining entry with forged tickets.

Police took action in an attempt to control the crowd, but chaos ensued and several fans were trampled, with two supporters dying at the stadium and two more passing away after being transported to a local hospital.

Motagua have offered condolences in the wake of the tragic events, but they deny overselling tickets and have vowed to fully cooperate with the investigation.

"Motagua would like to offer its condolences to the friends and families of the four persons that tragically lost their lives during the accident before the start of the final. The club also wishes a speedy recovery to all those who suffered injuries," a club statement reads.

"The club categorically denies selling too many tickets. It is important to bear in mind the entire sale process was supervised by Conapid [Honduras' sporting commission].

"Motagua staff were made aware of the existence of false tickets for the game and notified the authorities. Illegal tickets were found in the stadium and passed on to the relevant authorities in order to take measures.

"Motagua is collaborating with the authorities to investigate the unfortunate events that took place. The club calls for doubling security measures to avoid a repeat in the future."

The game went ahead, despite the incident, with Motagua winning 3-0.