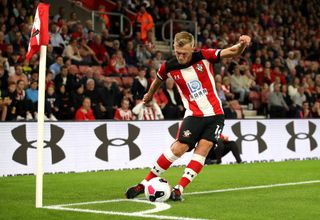 Set-pieces lead to goals, and goals mean points in the Fantasy Premier League – so which players stand over the ball most often?

The below table shows which players are the Premier League’s attacking set-piece hogs, each one hoping to forge a goal or assist from a dead-ball situation.

But which should you consider slotting into your squad?

Just as Joao Moutinho has proved a bargain for Wolves, so might he prove for your FPL squad at just £5.4m.

The 33-year-old has taken 41 corners and 117 attacking free-kicks for the midlands side so far this season, the second highest total of any PL player behind James Maddison.

Moutinho has a goal and two assists from these dead-ball situations, contributing to his total of seven FPL assists.

At just 5 per cent ownership he’s cheaper and less popular than his teammates Adama Traore and Raul Jimenez, and could therefore make a tidy differential.

James Ward-Prowse is widely regarded as having one of the finest right boots in England, but has yet to truly make his mark on the Premier League.

That is not for want of trying – the 25-year-old has banged in 154 attacking set-pieces this season for Southampton, recording a goal and two assists from such situations.

JWP is more of a threat in front of goal than Moutinho with four goals to his name so far this season, and is just as capable of bending them into the corner as he is finding the head of a colleague.

At £5.8m Ward-Prowse is more expensive than Moutinho, but is owned by fewer managers at just 2 per cent – he also has a run of five fixtures approaching that the FPL’s Fixture Difficulty Rating system rates a two out of five, the ‘easiest’ rating possible.

Also owned by just 2 per cent of managers is Crystal Palace’s Luka Milivojevic, who has stood over the ball for the London club for some time now.

The 28-year-old regularly hammers them in from the penalty spot, but also whips them in from outside the box too with 124 attacking set-pieces this season.

His conversion rate is not quite as good as Moutinho and Ward-Prowse however, earning just one assist from these positions this season.

His price (£6.7m) might also deter managers from taking a punt on him but on the off chance Palace’s set-piece routines improve, the midfielder looks set to be one of those who would benefit in terms of FPL points.