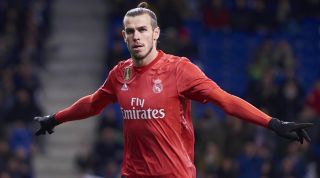 A breakdown in relationship between Zinedine Zidane and Gareth Bale means that the Welshman has no future at Real Madrid, report AS.

Since returning for a second spell as Madrid boss in March, Zidane has been running the rule over his squad ahead of what is likely to be a busy summer in the transfer market.

And the Frenchman has concluded that Bale is not part of his plans having left the former Tottenham forward out of his matchday squad to face Real Sociedad on Sunday.

The 29-year-old was also absent from the 19-man group selected for last weekend's 3-2 victory over Villarreal.

Madrid are keen to bolster their attacking options ahead of the 2019/20 campaign, with Chelsea's Eden Hazard their leading target.

Bale is contracted at the Santiago Bernabeu until 2022 and had intended to stay put this summer.

However, a probable lack of first-team minutes next term could persuade the Welshman to seek pastures new.

Manchester United have been heavily linked with a move for Bale in the past, but it is unclear whether they will renew their interest in the attacker.