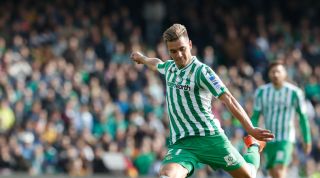 According to BBC Sport, Spurs have bid £53 million for Lo Celso.

The 23-year-old was reportedly a target for Manchester United and Real Madrid.

With 16 goals and six assists this season, Lo Celso has proven his productiveness from midfield on loan at Betis from PSG.

After the young midfielder struggled to make an impact at the Parc des Princes, the La Liga club triggered their €22 option to buy him in April.

Lo Celso now has a €100m release clause in his contract and it's believed that Betis want closer to that amount for the player.

Christian Eriksen is linked with a move to Real Madrid, and it's thought that Spurs may be lining up a replacement for the creative Dane.

Regardless, any deal would see Lo Celso become Spurs' most expensive signing ever, smashing the £42 million they spent on Davinson Sanchez in 2017.