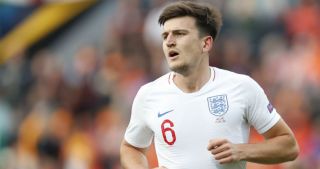 The England international was subject to a bid from Manchester United last summer and has decided to be more proactive in proceedings concerning his future this time around, according to the Daily Mail.

Leicester are currently in France for a pre-season training camp and it was there that Maguire informed Brendan Rodgers of his desire to leave.

Manchester City are also interested in signing the 26-year-old but are unlikely to match the £75m valuation the Foxes' have put on him.

Ole Gunnar Solskjaer has already spent £50m on signing Aaron Wan-Bisakka from Crystal Palace and could take his spending on defensive reinforcements to £125m if he secures the services of Maguire too - a move that now looks more likely.