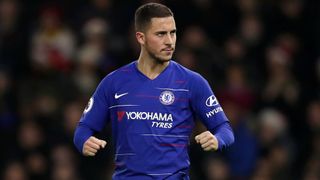 The Belgium international revealed this week he had made a decision on his future and would announce it "soon".

Hazard, 28, has long been linked with a move to Madrid, but is contracted at Stamford Bridge until 2020.

His former team-mate Fabregas, who moved to Monaco in January, is holding out hope Hazard will stay at Chelsea.

"Let's see what he decides to do. He has a year and a half left and he is happy at Chelsea and so is his family," he told Radio Marca.

"But in the end they are very personal decisions. He likes Madrid and he has always said it.

"Hopefully he will renew with Chelsea, but if he does not he will finish in Madrid."