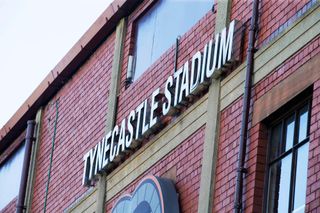 PFA Scotland is to negotiate with Hearts on behalf of the club’s players over proposed wage cuts.

Hearts are among the Scottish clubs to have asked players to take a pay cut – 50 per cent in their case – amid the Covid-19 pandemic.

The move was met with criticism in some quarters and at the weekend the club admitted they were keeping the option of suspending contracts on the table “on the advice of the SPFL and its legal advisors”.

In a statement on Wednesday, PFA Scotland said Hearts’ players want to go down a deferral route.

“The players recognise the cash flow problems at the club as a result of the COVID-19 outbreak and wish to assist the club through these difficult times by offering to negotiate substantial wage deferrals,” a statement read.

“With the guidance of PFA Scotland, clubs across the country have entered into negotiation and agreements with players about wage deferrals alongside their participation in the government’s job retention scheme.

“The Union fully supports this approach and commends the SPFL clubs who have entered into these discussions.

“As we have stated since this situation first began, PFA Scotland is firm in its position that clubs and players can more effectively face the challenges ahead by working together and ensuring that decisions are reached through mutual agreement only.

“Player contracts cannot be terminated, or altered unilaterally, but the union is more than willing to assist in negotiating agreements between clubs and players.

“In addition, our position is should clubs reduce the wages of existing players on valid agreed contracts, and then use the sums saved to sign new players in August, that would be wholly unfair.

“We are in unprecedented times and the situation is changing on a daily basis. It may be the case that further grants to assist football clubs will become available through FIFA and this would be another avenue for clubs to explore to negate the need for widespread wage reductions.”

Jambos owner Ann Budge told both players and staff two weeks ago to prepare for their salaries to be slashed by 50 per cent as she sought to avert a financial disaster brought on by the outbreak.

Boss Daniel Stendel has waived his wages during the shutdown while skipper Steven Naismith was the first member of the playing staff to agree to the cuts.