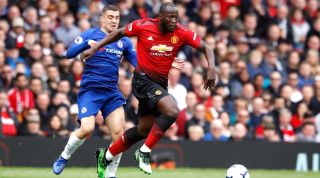 However, the Sun reports that the Serie A outfit must raise £40 million by June 30 to satisfy UEFA rules, leaving Lukaku’s transfer at risk.

Inter are looking to offload some players before the deadline in order to raise the necessary cash to balance the books and cover Lukaku’s transfer fee, plus reported £130,000-per-week salary package.

A swap deal with Juventus involving Mauro Icardi and Paulo Dybala had been proposed as a way of getting the striker’s wages off their budget, but Dybala has vetoed the suggestion.

Conte is said to be keen to move Icardi on after a season in which he was stripped of the captaincy amid protracted contract renewal talks, and Inter have considered offering the Argentina international as part of the deal to bring in Lukaku.

However, Icardi’s off-field antics have put off the Old Trafford club.

Inter also risk being priced out of a move as United want £75 million for the former Everton front man, while the Italians don’t want to pay more than £60 million.