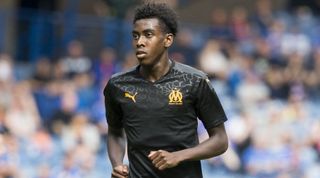 The Daily Mail reports that the Old Trafford club have agreed a deal with Monaco to bring 16-year-old Mejbri to England.

Mejbri and his family have fallen out with the Ligue 1 club, and the player’s agent Jorge Mendes visited United’s Carrington training centre to discuss a potential £9 million move with transfer bosses Ed Woodward and Matt Judge.

The France Under-16 international has been a target of the Premier League club since they first opened talks with Monaco in January, and the likes of Arsenal, Liverpool, Chelsea and Bayern Munich have shown interest.

United are also interested in bringing in Marseille striker Lihadji, but face competition from Barcelona and Everton for his signature.

La Provence reports that the three clubs are keen on the 17-year-old as he ponders his future in France.

Lihadji is yet to commit to a professional deal with the club and is out of contract next summer.

However, his preference is to stay at Marseille as he has been reassured by manager Andres Villas-Boas's comments about giving young players game time.

The French club first met the players’ representatives in mid-July but an agreement remains distant at this stage, and the Ligue 1 side will have to raise their offer if they want to keep the player.