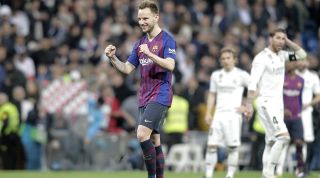 Barcelona are willing to listen to offers for Ivan Rakitic, according to El Mundo Deportivo.

The Croatia international still has two years left to run on his contract at the Camp Nou, but could depart if the Blaugrana receive a bid of £43m or more.

Manchester United are among the interested parties and could make a move for Rakitic as they seek to bolster their midfield options.

Inter Milan are also keeping tabs on the midfielder, who helped his country reach the World Cup final last summer.

The 31-year-old remains a key figure at the Camp Nou having made 257 appearances this term, but Barcelona are prepared to let him go as they look to secure the funds to sign Ajax defender Matthijs de Ligt.