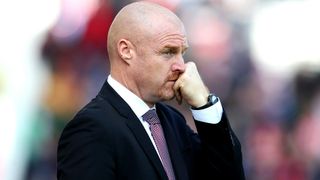 Burnley's first foray into Europe since 1966-67 got off to an inauspicious start as the plane due to carry the squad up to Aberdeen on Wednesday was delayed.

A seventh-placed finish in the Premier League last season had Clarets fans looking forward to travelling to a far-flung corner of the continent in the second round of qualifying for the Europa League.

Being paired with Scottish Premier League runners-up Aberdeen meant supporters did not need to pull out their passports, but even that relatively short journey across the border for the first leg posed problems for Sean Dyche and his men.

A technical difficulty with the plane taking them to Aberdeen meant the flight was delayed, while Dyche's scheduled pre-match media conference at Pittodrie was put back from Wednesday night to the morning of the game.

The winner of the tie, with the return at Turf Moor on August 2, will face a significantly longer trip in the third qualifying round to play Istanbul Basaksehir, who finished third in the Turkish Super Lig last season.