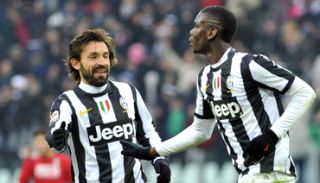 Juve have 86 points and if they win their final two games they will beat the 91 they amassed in their 2005/06 title-winning campaign.

They were stripped of that title and the one they won in 2005 after being found guilty of procuring favourable referees in the "Calciopoli" match-fixing scandal which also led to Juventus being relegated to Serie B.

Goalkeeper Gianluigi Buffon and defender Andrea Barzagli had been expected to be rested for the match against Cagliari but could start, manager Antonio Conte said on Friday.

Cagliari are in 11th place on 43 points.