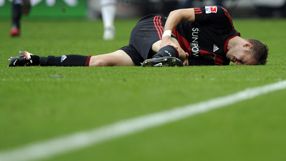 Kadlec was leaving a Cologne night club with his girlfriend following their 1-0 win at Hoffenheim when he was approached by two people who identified themselves as supporters of regional rivals Cologne. They verbally abused him before hitting him in the face.

The Czech international will undergo surgery on Monday but said he hoped to be back in action against Hannover 96 next week.

"Even with a facemask I want to be there against Hannover," he said in a statement.

Leverkusen are sixth in the Bundesliga after their win at Hoffenheim on Saturday while Cologne, whose fans have repeatedly been in the spotlight for violent behaviour this season, are in the relegation play-off spot after drawing 1-1 with VfB Stuttgart.