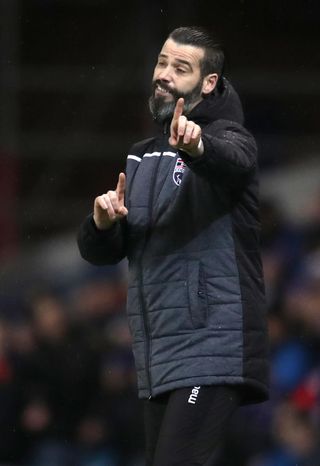 Ross County co-manager Stuart Kettlewell hopes sacrificing a warm-weather training camp for a few days in the west of Scotland can help them in their third away game in eight days.

The Dingwall side are staying in a hotel near Cumbernauld following their second game in Glasgow in quick succession and will travel to Kilmarnock on Friday ahead of Saturday’s Ladbrokes Premiership clash at Rugby Park.

County hope the three nights away from home can help them recover following defeats by Celtic and Rangers and also bring the squad even closer together.

Kettlewell said: “We were intending hopefully going away for the winter period, but knowing we were wanting to bring one or two players into the squad and doing this over a couple of days, that probably cut off that option.

“We felt this option would be the better one in the long run to give the players as much of a chance as possible on Saturday.

“Anybody who watched the games against Rangers and Celtic would see the togetherness in the group – at times our shape against the ball was terrific and that wouldn’t happen if players weren’t pulling in the same direction.

“We feel these moments when we get to spend a little bit more time together help, but we have that sort of thing on a daily basis. A lot of guys have moved away from home and spend a lot of time together, whether that’s at the ground or socialising away from the ground.”

Kettlewell and colleague Steven Ferguson will continue to monitor potential transfer options ahead of Friday’s deadline.

“We are not ruling anything out,” Kettlewell said.

“We are looking to see if there is anything there that would help improve our squad. We are stressing that it’s not to dramatically turn anything round.”