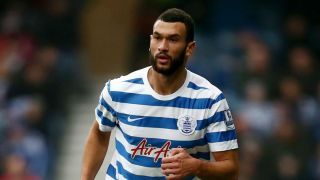 Jurgen Klopp says Steven Caulker's Premier League experience was a key factor in his decision to take him to Liverpool.

Caulker joined the Merseysiders on loan from QPR until the end of the season on Tuesday to help plug a Liverpool defence short of several players through injury.

The 24-year-old has played top-flight football for Tottenham, Swansea City, Cardiff City, QPR and Southampton and that know-how was instrumental in Klopp's thinking.

The German told Liverpoolfc.com: "It was very important for us. Four weeks ago we didn't know we'd have a problem with centre-halves because they were all in the race. At the start of the season, Joe Gomez was also in the squad, so a fifth centre-half - and then the situation changed completely.

"Now, we've had to make a decision whether we wanted to get another player for the position.

"Martin Skrtel is not available for about the next four and a half weeks, five weeks. Then we have the problem with Dejan [Lovren] – it's only a little muscle injury. I think he'll be available in one to one and a half weeks. Then you have Mamadou [Sakho] with a little knee issue – he can play, but it's not perfect.

"And it's the same for Kolo [Toure] and so it means we are always in this situation, do we have enough or not? So we thought, 'Yes, good idea'."

He added: "We looked for Premier League experience because in this short time, you need that experience. We looked for a good header [of the ball] because that's what we need – we want to play good pressing, we want to press the opponent and so they have to play long balls.

"If they play long balls, you need people in the last line who can help you with headers.

"I am looking forward to working with him. He will be here today and then we can start working, so everything is good!"

Caulker will go straight into the Liverpool squad for Wednesday's Premier League game with Arsenal at Anfield.