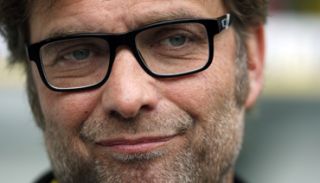 "I have read that we have a difficult season ahead of us, which doesn't make sense because we have such a good base and such good quality," he told Germany's Bild tabloid.

"Naturally, there will be a couple of changes and one or two players will leave. But breakup is the wrong word, there are simply a few changes which we think we can use to our advantage. I'm quite positive.

"I can promise that everything will work out in the end. We are building a new team, a new pressing machine."

Dortmund were runners-up this season to Bayern Munich in both the Bundesliga, finishing 25 points behind the Bavarians, and the Champions League, after losing 2-1 in Saturday's final.

"We only have to play Bayern twice, and this season we drew with them both times [in the Bundesliga]," said Klopp.

"We lost the 25 points against other teams, that was the crucial factor, not the two games against Bayern."

Bayern have already signed Dortmund midfielder Mario Goetze for next term and there is speculation they will take Poland striker Lewandowski as well.

"There is no official offer from Bayern Munich, which leads me to believe that Robert will play for us next season," said Klopp. "In the next few days, we will make sure that we put a stop to this speculation.

"It's not a case of sour grapes. I'm looking at it in a highly professional way and I can deal with any kind of situation.

"It's a bit funny that people are talking as if the deal is already done. [Bayern coach] Jupp Heynckes is saying that, the agent says that, but we have no offer for him."