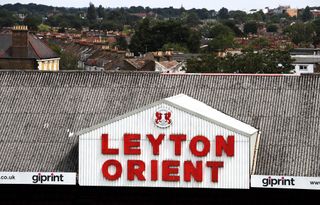 Leyton Orient have postponed their Leasing.com Trophy match against Brighton under-21s by 24 hours following suggestions that it might be attended by a large number of Ajax fans.

In a short statement, Orient said the match had been moved “following the advice of safety groups, including the police”.

The match was due to take place on November 5, the same night that Ajax are playing Chelsea at Stamford Bridge.

UEFA has barred Ajax from selling tickets to that match as punishment for recent crowd troubles at their Group H game against Valencia at the Mestalla earlier this month.

But with up to 2,000 Ajax supporters having already booked travel and accommodation, supporters’ groups had look into the possibility of attending the Orient match instead.

Last week, Orient said they would be “entering in communication with AFC Ajax in how to best facilitate this”, but on Friday announced the game had been moved.

“The Leasing.com Trophy match against Brighton & Hove Albion U21s will now take place on Wednesday, November 6 with a 19:45 kick-off,” a statement said.

“The game, which was originally set for Tuesday, November 5, has been rescheduled following the advice of safety groups, including the police.”