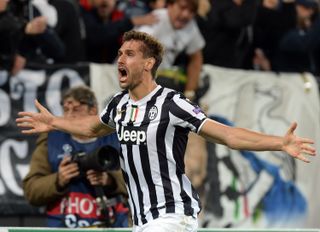 The Spain international has struggled to make an impact in Turin since signing on a free transfer from Athletic Bilbao in the close-season.

Having scored just once in Serie A this season, reports had suggested that Juve would look to cash in on the 28-year-old, with Arsenal an interested party.

But Juve chief Giuseppe Marotta has insisted Llorente is not for sale, and the striker is only focused on settling into Antonio Conte's team for the time being.

"I've not been asked to leave," he told Radiogaceta de los Deportes. "What is being written in the papers is false. I have the complete faith of everyone at Juventus.

"It was not easy for me to adapt to the movements and plays of the team, but I'm slowly managing to do what the boss wants.

"Once I have completely settled then everything will go well."

Juventus will face Napoli on Sunday in a meeting of third and second in Serie A.

Both sides sit three points off leaders Roma in the table and Llorente is expecting a tough test as Juve chase a third consecutive Italian title.

"It will be a game against a high level opponent," he added. "There will be a lot at stake in this encounter.

"Winning a hat-trick of Scudetti would be an historical achievement. It has not happened at Juventus since the 1930s."