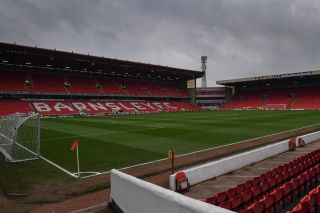 Police investigating an incident in the tunnel after Barnsley’s 4-2 victory over Fleetwood at Oakwell on Saturday have bailed a man who was arrested on suspicion of racially aggravated offences.

The tweet has since been deleted but South Yorkshire Police confirmed that they had bailed the man until May.

A statement from South Yorkshire Police read: “A man arrested on suspicion of racially aggravated public order offence and racially aggravated assault, in connection to an incident at Barnsley Football Club on Saturday 13 April, has been bailed until next month.

Barnsley announced on Tuesday that they had lodged formal complaints with both the English Football League and the Football Association over the alleged incident after the match.

Police said inquiries into the incident are ongoing and asked people to refrain from speculation that could potentially harm their investigation.