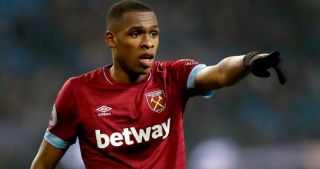 West Ham are reluctant to sell and will refuse to listen to offers of less than £60m for the defender, according to Sky Sports.

Diop made 38 appearances for the Hammers last season, completing 90 minutes in every outing and scoring twice.

Other targets Manchester United are rumoured to be considering are Napoli centre-back Kalidou Koulibaly, who would cost around £100m and Harry Maguire, who Leicester City value at £80m.

Solskjaer is also looking to raid another London club for a defender, with talks apparently ongoing for Crystal Palace full-back Aaron Wan-Bissaka.