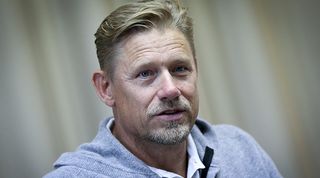 Bruno Fernandes and Paul Pogba could line up together for the first time this week - and Peter Schmeichel thinks their leadership skills could drive Manchester United on in the months to come.

Schmeichel was United’s captain on the night they won the Champions League in Barcelona in 1999, and was part of a successful team full of strong characters in the '90s. Several have since had spells in management, including Roy Keane, Bryan Robson, Steve Bruce, Paul Ince, Mark Hughes, Ryan Giggs and current Old Trafford boss Ole Gunnar Solskjaer.

The Dane has been impressed by Fernandes since his arrival from Sporting in January, and is looking forward to seeing the Portuguese international line up alongside Pogba when Manchester United finally return to action at Tottenham on Friday night, after a three-month break because of the coronavirus pandemic.

Pogba is fit again after a long injury lay-off, and looks set to be involved in north London.

“When you look at the teams I played in back in the day, there were leaders everywhere and a team only benefits from that,” Schmeichel told FourFourTwo. “Leaders can change the course or the outcome of a game.

“You agree certain things in the teamtalk before the game, but you’re always up against 11 players who want to do something different and sometimes what you’ve agreed to do doesn’t work. You need guys who can take responsibility, in every area of the pitch, to make changes. You need these guys to stand up and say ‘Hey, we’ll do it this way, follow me’.

“If I look back at the teams I played for, I see very few guys in those teams who were not leaders, but times have changed. You don’t see the John Terrys of this world any more, but for us, we’ve got a few in our team.

“Bruno Fernandes stands out. I was at Old Trafford to watch his first game against Wolverhampton, and straight away he started to talk - do this, do that, give me the ball, move over there.

“You can see that the players around him are responding to that. That’s brilliant and now Paul Pogba is coming back, and he’s a natural born leader as well. We’ve got Harry Maguire the club captain, who I think really has stepped up, and there’s also leadership from David de Gea in goal, and Victor Lindelof. It’s important that we have all of these leaders.”

Schmeichel will watch Friday’s game on a private Zoom call with a group of fans, as part of a competition run by NOW TV.

“One person wins the opportunity to watch the game with me and five of their friends,” the goalkeeping great explained. “It’s a competition, so they have to tell us why they should be the person to watch this game with me, then we pick someone. We’ll have a pre-match talk, conversations through the game, and at half time as well.

“It’s a great way of making watching football with no crowd a little bit more interesting. We’ve had football back for a few weeks in Denmark, and it is a bit weird watching it with no crowd.

I’ve watched games with fans before, in a different context - travelling to different parts of the world for Manchester United fan viewings. The biggest one was for 6,000 people in Indonesia, which was quite something. Football is for fans.”

Peter Schmeichel is hosting the NOW TV Legends Watch Party for the return of the Premier League. To apply, visit nowtv.com/legendswatchalong. The 64 Premier League games can be streamed on NOW TV with a Sky Sports Pass, for just £25 a month.