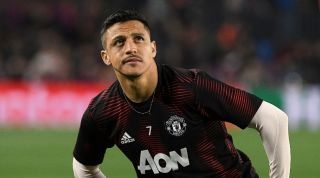 The Old Trafford club are understood to be looking for a buyer for the Chile international, who scored just one Premier League goal in 2018/19.

His wages of more than £500,000 per week have proven to be problematic for Juventus and Inter Milan, who have both held talks with the forward’s representatives.

The Sun has reported that Sanchez will cut his holiday short and return to Manchester at the end of June to begin training, rather than July 2 when the rest of the squad will report for pre-season.

The 30-year-old wants to sharpen his fitness ahead of joining a new club for the 2019/20 campaign.

“Alexis is planning to come back earlier than July 2 and 3 which is the official start date of pre-season training,” a club source told the newspaper.

“We are also expecting Luke Shaw and Phil Jones towards the end of June, which is again purely off their own back.

“Alexis is off home to Chile and also planning a visit to Spain during his time off before he comes back, and we will see what happens then.”