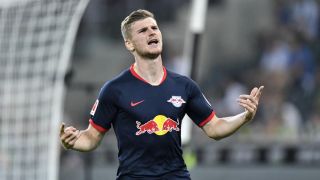 Manchester United drew 1-1 at home against rivals Liverpool on Sunday afternoon, having led for a large chunk of the game.

But despite Marcus Rashford returning to goalscoring form, signing a proven goalscorer is still a priority for Ole Gunnar Solskjaer.

The United manager believes his squad is still short and says the club won't be afraid to spend in January.

“Of course, we're looking at one or two new signings," he told Sky Sports.

“We're one or two players light, and we've said that, but if the right ones are available in January then we might do something.

“January is a difficult window, anyway. But if there are players available and at the right price, I'm sure we will spend."

United were thought to have been looking at Juventus' Croatian forward Mario Mandzukic as a possible quick-fix.

The 33-year-old was reportedly the subject of United interest during the summer window and is believed to be available for £10m in January.

However, the Reds are thought to prefer a longer-term solution - something which Timo Werner, 23, would offer.

But according to the Daily Express, Solskjaer is also keen on the German striker and ideally wants him in January.

RB Leipzig, however, are believed to be extremely reluctant to let one of their prized assets leave in the middle of the season.

Werner has an impressive record at Leipzig, scoring 68 times in 124 games in all competitions.

He signed a new four-year deal at the start of this season, meaning he likely won't be cheap.

The 10 best Manchester United vs Liverpool games of all time