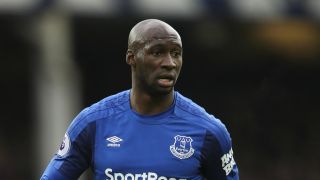 Eliaquim Mangala has undergone knee surgery that could rule him out for the rest of the season.

Mangala suffered a reported knee ligament injury in his second match at Everton on loan from Manchester City.

Neither club has confirmed the nature of Mangala's injury, with Everton manager Sam Allardyce having indicated the Goodison Park side would seek a second opinion on the 27-year-old.

But Mangala has now undergone surgery, with the centre-back using social media to offer a positive update regarding his wellbeing on Wednesday.

"Operation done. Now, let's get to work, to come back #EverStronger," Mangala wrote on Twitter.

"'Why do we fall? So we can learn to pick ourselves up.'"

Mangala was allowed to join Everton on loan after City completed the club-record signing of defender Aymeric Laporte from Athletic Bilbao.