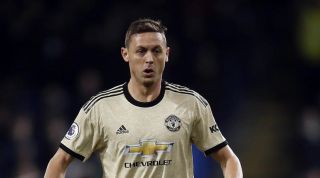 Ole Gunnar Solskjaer’s side suffered their seventh defeat of the Premier League season against Liverpool on Sunday.

Chelsea’s draw with Arsenal on Tuesday means United are now six points adrift of the top four as they prepare to welcome Sean Dyche’s side to Old Trafford.

United turned in one of their most impressive performances of the season in the reverse fixture, winning 2-0 at Turf Moor in December.

And Matic believes United must beat Burnley for a second time as they continue to battle for Champions League qualification.

“Everyone knows that they are very dangerous, especially when they play at home, but we prepared for that game in the best way and we took three points, which was the most important thing,” he told United Review.

“For sure, we will be focused again, we know they can be dangerous, but we play at our stadium in front of our supporters and we will do our best to get three points. Anything less than three points is not good for us, we must win.

“Physically, they are very good. They are a strong team, all big guys, especially on set-pieces where they are very dangerous, and also with long balls and second balls.

“We know all that so we have to be fully focused in every situation and not allow them to have any chances.

“We’re focused on scoring some goals and taking three points, that’s the most important thing.”

“It’s important to be patient and move the ball well, and in their half we need to be more clinical in front of goal.

“The manager has prepared us for this game, we know the way he wants us to play and we will follow that.”