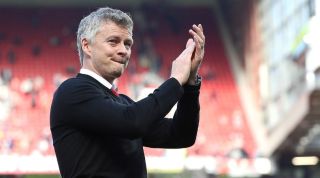 The Red Devils ended the campaign in miserable fashion with a 2-0 loss at home to the relegated Bluebirds.

According to The Sun, Solskjaer responded by scrapping the planned debrief, which was due to take place on Monday morning as an opportunity to assess the campaign and say goodbyes to departing players.

The decision is said to have angered members of the playing squad who had made travel plans to meet family after the meeting,

United’s players are now off duty until preparations get underway for the pre-season tour to Australia, Singapore and China in July.

Solskjaer’s side finished the season in sixth place but won just two of their final 12 matches in all competitions.