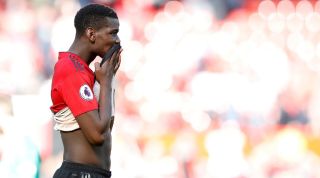 The France World Cup winner was the subject of constant speculation during the summer transfer window after hinting that he was ready to leave Old Trafford.

However, the Star reports that German sportswear giants Adidas – who have a 10-year boot deal with Pogba worth £31 million and a kit-making contract with United until 2024 worth £750 million – played a crucial role in keeping Pogba in Manchester.

A source close to the Red Devils hierarchy told the newspaper: “They acted as peacemakers between the player, his agent and the club.

“Adidas were crucial in persuading all the parties to resolve their differences for another season.”

Pogba has played every minute of Manchester United's Premier League campaign so far this season, but Ole Gunnar Solskjaer's side only have five points after four matches.