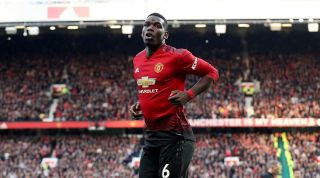 Real Madrid look set to be priced out of a move for Paul Pogba, according to the Daily Mirror.

The Manchester United midfielder is desperate to move to the Santiago Bernabeu this summer, but his ambitions appears to have been thwarted by the eye-watering sums involved.

United are demanding £150m for the midfielder, who they signed for a then-world record fee of £89m in summer 2016.

With Pogba wanting a four-year contract at a minimum, that would represent a £104m outlay on the Frenchman's wages.

And after doing the sums, Madrid are having second thoughts about their pursuit of Pogba - which means he is likely to stay at Old Trafford beyond this summer.